Get fresh music recommendations delivered to your inbox every Friday.
We've updated our Terms of Use. You can review the changes here.

The Revolt Against Tired Noises 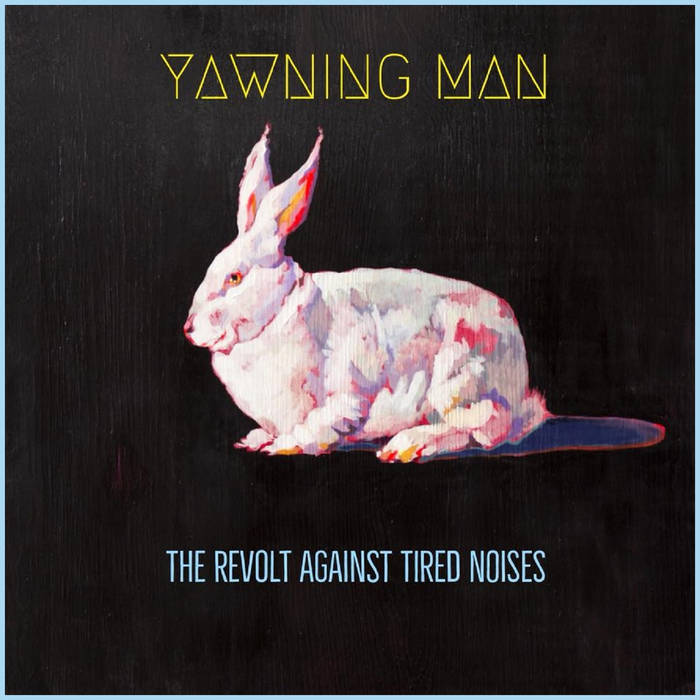 comaunite Yawning Man being sort of legends of the desert released their, imo, best effort to date. Soaring melodies, cool bass hooks and tight drums will take you on a journey. Seriously makes me want to light one and kick back with my eyes closed.
And it's been a pleasure finally hearing what their version of Catamaran sounds like! Favorite track: Catamaran.

black_star_vinyl My number one album of 2018. I just think this album is beautiful! I heard these songs played live night after night for a month last summer and I never tired of them! Favorite track: The Black Kite.

taikaviitta Desert legends. It was an honour to be crowdfunding their Historical Graffiti album through indiegogo. It's unbelievable they're still going strong!

DEREK McADAM Fantastic release again, not a bad track on this absolute belter of an album.. Give it a listen it will not disappoint.. Favorite track: Ghost Beach.

normall awesome as ever. These guys never disappoint. Favorite track: The Black Kite.

The aural experience of Yawning Man summarizes as an intense yet graceful kaleidoscope of polyphonic musical textures. Dramatic and flowing, dark, intense and emotional. July 2018 finds the band releasing their most musically exciting recording to date with their 6th full length LP, “THE REVOLT AGAINST TIRED NOISES” on the ambitious up and coming independent label, HEAVY PSYCH SOUNDS. The songs on this release are described as “an emotional and visceral expression of pure melodic darkness and beauty”, the album was recorded at Gato Trail Studios in Joshua Tree, CA and produced and engineered by friend and long time collaborator, Mathias Schneeberger (Mark Lanegan, Greg Duli, SUNN O))), Earth, The Obsessed). The eight songs offered here are the results of a conscious focus to the poetry in melody, finding new sounds and melodic passages that conjure visuals and express emotion and movement. Six of the eight songs are in the instrumental tradition the band is mostly know for however two tracks feature the rare appearance of a vocalist (bassist Mario Lalli) alongside Gary Arce’s dream weaving guitar work. One of these tracks of notable mention is the song “CATAMARAN”, a Yawning Man song made popular by the legendary influential desert rock band KYUSS on the 1995 Elektra release “And the Circus Leaves Town”. The song was never released by Yawning Man, however the KYUSS cover of the song proved to be a favorite among KYUSS fans. Spreading the word about Yawning Man’s unique rock music. Yawning Man will finally release this classic, properly recorded for the first time in 30 years. “The Revolt Against Tired Noises” is just that , a statement of a unique creative chemistry that’s always changing and evolving.

A full European, UK, North American / Canadian, and South American tour is in planned to support the release.

We welcome you to 'like' us on facebook (facebook.com/yawningmanofficial/) to take part in 'real time' updates!
As well, check Yawningman/com regularly for solid tour and recording/release info. :-)

*THANKS to Heavy Psych Sounds Records for their excellent support! You can order our album, along with other great artists' albums on their site:
www.heavypsychsounds.com


*Another BIG thanks to Kelly Keith for her amazing cover art! <3
You can find more beautiful work by her at: kellykeith.net

Oakland producer Mejiwahn chats about his breezy and transportive LP.